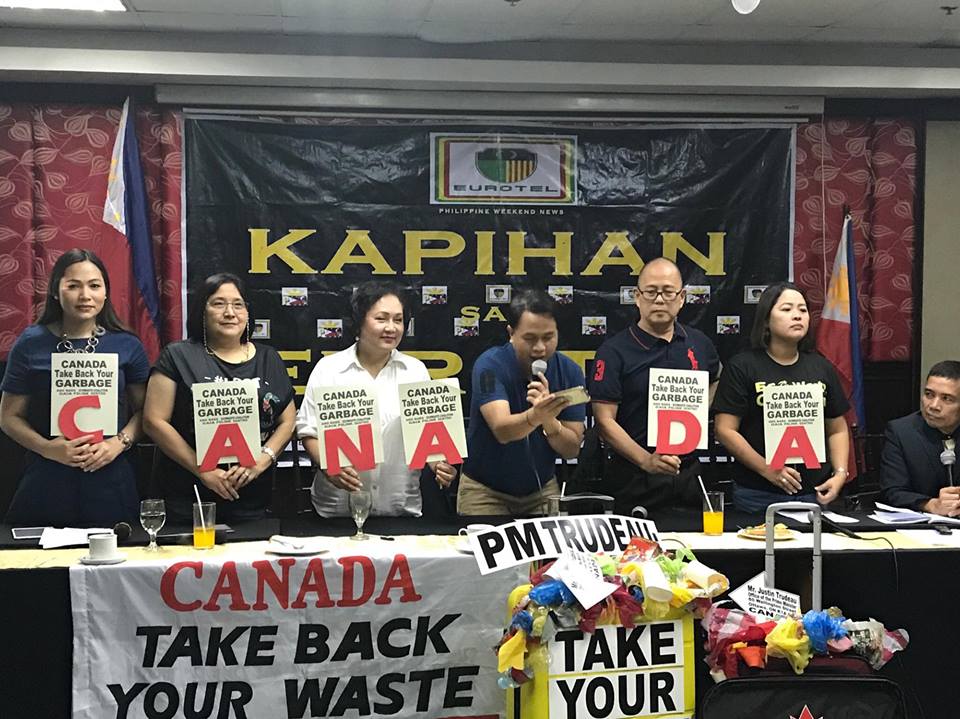 Ang Nars Partylist Rep. Leah Samaco-Paquiz joined other environmental justice advocates in blasting visiting Prime Minister Justin Trudeau for his leadership failure to trash the Canadian garbage controversy. ​Trudeau, representing Canada as a dialogue partner, is among 20 foreign heads of state who confirmed their attendance to the Asean Summit meeting, the largest gathering of world leaders that the Philippines is hosting from November 12 to 14. ​“Almost two years have passed since PM Trudeau talked about the so-called ‘Canadian solution’ and the garbage-filled container vans are still languishing in the Port of Manila,” lamented Dr. Leah Paquiz, representative of Ang Nars Partylist in the 16th Congress. ​“The real test of the efficacy of the ‘Canadian solution’ is the actual removal of these illegal trash shipments from our territory, the payment for the storage fees and other costs incurred, and the fixing of legal ambiguities that allowed the garbage to be shipped out of Canada,” she pointed out. ​“We further demand that both Canada and the Philippines should ratify the Basel Ban Amendment, which prohibits the transboundary movement of hazardous waste from developed to developing countries even for recycling,” she added. ​ 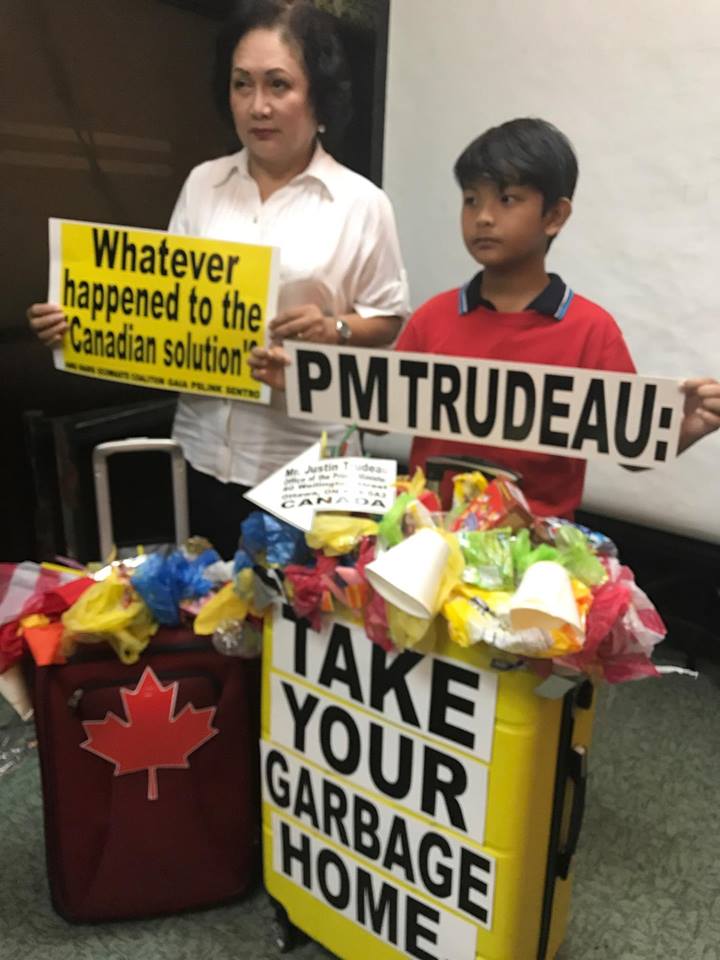 The “Canadian solution” to remove the tons of residual trash illegally sent to the Philippines from Canada under the guise of recycling, said Paquiz, activist priest Fr. Robert Reyes, Ang Nars Partylist Rep. Leah Paquiz, labor leader Joanna Bernice Coronacion, and zero waste advocate Aileen Lucero. ​On the sidelines of the APEC Summit held in the Philippines in 2015, Trudeau stated that a “Canadian solution (was) being developed” to plug the loopholes being used by private companies to ship garbage out of Canada, but skirted the issue of taking back the illegal trash shipments as demanded by various quarters. ​“The overstaying containers of contraband garbage shipments in our port provide a stinking evidence that the touted ‘Canadian solution’ is nothing but a hollow word.” He said “it’s high time for the Prime Minister to do what is just and righteous, as his name Justin stands for, intercede and re-import the unlawful garbage consignments for environmentally-sound disposal in Canada.,” said activist priest Reyes. Nothing less than this will put the dumping scandal to rest.” He added “ang pinakamasaklap sa lahat ay ang ituring tayong mga Pilipino na basura o basurahan ng Canada.” ​“We are awfully disappointed to say the least over the apparent failure of the Canadian government to correct a clear case of environmental injustice committed against our nation and people, especially to our port and waste and sanitation workers who have to deal with the dumped foreign garbage. We could not help but censure PM Trudeau for his lethargic response to resolve the garbage dumping scandal,” said Joanna Bernice Coronacion, Deputy Secretary General of the Sentro ng mga Progresibo at Nagkakaisang Manggagawa. ​“We insist that Canada should take their garbage back now. We hope PM Trudeau is not waiting for the discarded adult diapers, household wastes and mostly plastic residuals to break down in the container vans as that might take hundreds of years. Canada is rich and unquestionably capable of managing its rubbish in a proper manner that will not jeopardize public health and the environment,” said, Aileen Lucero, National Coordinator of the EcoWaste Coalition. ​To put it bluntly, “the Philippine is not Canada’s dumpsite,” said Annie Geron, President of the Public Services Labor Independent Confederation (PSLINK). “PM Trudeau, clean as you go. Take your garbage with you!”​ ​One hundred three shipping containers of mixed household garbage declared as scrap plastics for recycling were exported to the Philippines from Canada in 2013-2014. ​In June 2016, Judge Tita Bughao Alisuag of the Regional Trial Court of Manila (Branch 1) ordered the return of 50 shipping containers (approximately 1,400 tons) of illegal garbage imports from Canada, stressing that the Philippines is not a “trash bin” and that the dumping incident “should not be made a precedent for other countries to follow.” ​Twenty-six of the garbage-filled container vans from Canada were illegally dumped at the Metro Clark landfill in Capas, Tarlac in June-July 2015, causing public outcry and galvanizing vocal opposition against foreign waste disposal in local landfills. ​As Criminal Case No. 143-11191 was limited only to 50 of the 103 container vans of illegal Canadian trash imports, civil society groups urged Canada, in the spirit of environmental justice, to voluntarily ensure the repatriation of all the illegal garbage shipments. ​Ang Nars, EcoWaste Coalition, Global Alliance for Incinerator Alternatives, PSLINK and SENTRO are intervenors in the said case versus importer Adelfa Eduardo and customs broker Sherjun Saldon for violation of R.A. 6969, or the Toxic Substances and Hazardous and Nuclear Wastes Control Act of 1990. ​The Bureau of Customs seized the shipments by Chronic Inc. (a Canadian company) to Chronic Plastics (a Filipino company) after being alerted by the Environmental Management Bureau about the misdeclared waste imports. The authorities eventually charged the consignee for violations of the country’s environmental, tariff and customs laws. ​A waste analysis and characterization study conducted by the Department of Environment and Natural Resources (DENR) showed that 64% of the shipments were “bailed municipal solid waste or garbage destined for immediate local disposal and cannot be recycled.” ​Such garbage shipments, according to the DENR, “are strictly prohibited to be exported and are classified as Waste No. Y46 listed in Annex II of the Basel Convention on the Control of Transboundary Movement of Hazardous Wastes and Their Disposal.”